Most oustanding book in translation

This award honors Mildred L. Batchelder, a former executive director of the Association for Library Service to Children, a believer in the importance of good books for children in translation from all parts of the world. Awarded to an American publisher for outstanding children's books originally published in a foreign language in a foreign country, and subsequently translated into English.

With help from his recently-deceased grandfather, new friends and their superhero alter egos, and some paint, Rusty stops the bullies who have been terrorizing their small town 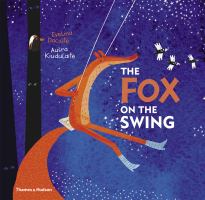 Learn about family, happiness, and friendship in this hope-filled children's book. Our story starts with a boy named Paul, who lives in a cozy treehouse in a big city with his family. And then something unexpected happens--Paul befriends a wise, friendly fox on a walk home from the bakery. The fox gives Paul a space to think about what makes him happy and what friendship means--all in the pages of a bright and quirky storybook. Join Paul and the fox while helping young readers decide what makes them happy.

When her best friend, the sailor Henry Koskela, is falsely accused of murder, a gorilla names Sally Jones visits the run-down docks of Lisbon, embarks on a dizzying journey across the seven seas, and calls on the Maharaja of Bhapur's magnificent court--all in an attempt to clear Henry's name.

Aware their grandmother is gravely ill, four siblings learn to realize the value of loss, life, and the importance of being able to say goodbye.

Eddie is five and a half, and thinks she is the only one in her family who isn’t really good at something. So when she hears her little sister say “birthday—Mommy—fluffy—little—squishy,” it’s extra important for her to find this amazing present before anyone else does.

Mikis is thrilled when his grandfather buys a new donkey, but soon begins to worry that he is overworking the animal.

When Linus Muller takes over making deliveries for his family's Manhattan grocery store in 1943, including bringing a crate of oranges every other week to an artist from Europe, the two become friends as they discuss war, the future, freedom, and imagination.

Before the start of World War II, ten-year-old Ziska Mangold, who has Jewish ancestors but has been raised as a Protestant, is taken out of Nazi Germany on one of the Kindertransport trains, to live in London with a Jewish family, where she learns about Judaism and endures the hardships of war while attempting to keep in touch with her parents, who are trying to survive in Holland.

An orphaned Syrian brown bear cub is adopted by Polish soldiers during World War II and serves for five years as their mischievous mascot in Iran and Italy. Based on a true story.

A Time of Miracles
Author: Anne-Laure Bondoux
2011 Batchelder Award - Winner
In the early 1990s, a boy with a mysterious past and the woman who cares for him endure a five-year journey across the war-torn Caucasus and Europe, weathering hardships and welcoming unforgettable encounters with other refugees searching for a better life.
Find in InfoSoup