Aided by her family and her creation, Nown, Laura investigates the powerful Regulatory Body's involvement in mysterious disappearances and activities and learns, in the process, the true nature of the Place in which dreams are found. 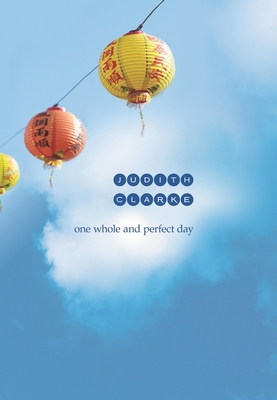 As her irritating family prepares to celebrate her grandfather's eightieth birthday, sixteen-year-old Lily yearns for just one whole perfect day together.

A fallen angel, tired of being unappreciated while doing his pointless, demeaning job, leaves Hell, enters the body of a seventeen-year-old boy, and tries to experience the full range of human feelings before being caught and punished, while the boy's family and friends puzzle over his changed behavior.

The author interprets the people, events, influences and art that made up the brief life of Sylvia Plath. Alternates three interrelated stories about the problems of young Chinese Americans trying to participate in the popular culture. Presented in comic book format. Having been recently dumped for the nineteenth time by a girl named Katherine, recent high school graduate and former child prodigy Colin sets off on a road trip with his best friend to try to find some new direction in life while also trying to create a mathematical formula to explain his relationships. Provides glimpses of the dark side of civilization and the beauty of the human spirit through ten short stories that explore significant moments in people's lives, events leading to them, and their consequences. As part of a public execution, a young boy forlornly helps to sing his sister down. A servant learns about grace and loyalty from a mistress who would rather dance with Gypsies than sit on her throne. A terrifying encounter with a demonic angel gives a young man the strength he needs to break free of his oppressor. On a bleak and dreary afternoon a gleeful shooting spree leads to tragedy for a desperate clown unable to escape his fate. In each of Margo Lanagan's ten extraordinary stories, human frailty is put to the test by the implacable forces of dark and light, man and beast. Black juice offers glimpses into familiar, shadowy worlds that push the boundaries of the spirit and leave the mind haunted with the knowledge that black juice runs through us all.

As he is dying, a twenty-year-old man known as Gabriel recounts his troubled childhood and his strange relationship with a dangerous counterpart named Finnigan. 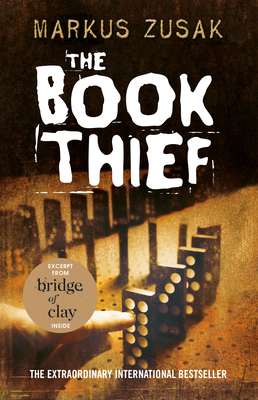 Trying to make sense of the horrors of World War II, Death relates the story of Liesel--a young German girl whose book-stealing and story-telling talents help sustain her family and the Jewish man they are hiding, as well as their neighbors. 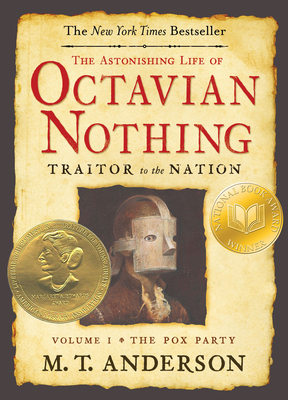 Book 1: The Astonishing Life of Octavian Nothing. Traitor to the Nation. Various diaries, letters, and other manuscripts chronicle the experiences of Octavian, a young African American, from birth to age sixteen, as he is brought up as part of a science experiment in the years leading up to and during the Revolutionary War.

Sixteen-year-old Miles' first year at Culver Creek Preparatory School in Alabama includes good friends and great pranks, but is defined by the search for answers about life and death after a fatal car crash.

In 1955 people all over the United States knew that Emmett Louis Till was a fourteen-year-old African American boy lynched for supposedly whistling at a white woman in Mississippi. The brutality of his murder, the open-casket funeral held by his mother, Mamie Till Mobley, and the acquittal of the men tried for the crime drew wide media attention. In a profound and chilling poem, award winning poet Marilyn Nelson reminds us of the boy whose fate helped spark the civil rights movement. This martyr's wreath, woven from a little-known but sophisticated form of poetry, challenges us to speak out against modern-day injustices, to speak what we see.Syndetics I am the Messenger
Author: Markus Zusak
2006 Printz Award - Honor

After capturing a bank robber, nineteen-year-old cab driver Ed Kennedy begins receiving mysterious messages that direct him to addresses where people need help, and he begins getting over his lifelong feeling of worthlessness. The story of one of rock's biggest legends, from his birth during a 1940 World War II air raid on Liverpool, through his turbulent childhood and teen years, to his celebrated life writing, recording, and performing with the Beatles and beyond.

To get away from her pregnant stepmother in New York City, fifteen-year-old Daisy goes to England to stay with her aunt and cousins, with whom she instantly bonds, but soon war breaks out and rips apart the family while devastating the land.