Recognizing an African American Illustrator of outstanding books for children

Given to African American authors and illustrator for outstanding inspirational and educational contributions, the Coretta Scott King Book Award titles promote understanding and appreciation of the culture of all peoples and their contribution to the realization of the American dream of a pluralistic society. 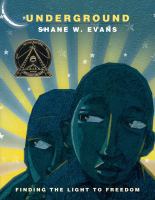 A family silently crawls along the ground. They run barefoot through unlit woods, sleep beneath bushes, take shelter in a kind stranger's home. Where are they heading? They are heading for Freedom by way of the Underground Railroad. 9781596435384 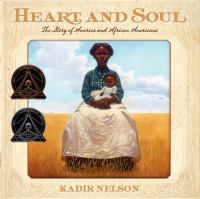 The story of America and African Americans is a story of hope and inspiration and unwavering courage. But it is also the story of injustice; of a country divided by law, education, and wealth; of a people whose struggles and achievements helped define their country. Kadir Nelson, one of this generation's most accomplished, award-winning artists, has created an epic yet intimate introduction to the history of America and African Americans, from colonial days through the civil rights movement. Written in the voice of an Everywoman, an unnamed narrator whose forebears came to this country on slave ships and who lived to cast her vote for the first African American president, Heart and Soul touches on some of the great transformative events and small victories of that history.