The Nazi Hunters: How a Team of Spies and Survivors Captured the World's Most Notorious Nazi
Author: Neal Bascomb
2014 Excellence in Nonfiction - Winner

Recounts how, sixteen years after the end of World War II, a team of undercover Israeli agents captured the Nazi war criminal, Adolf Eichmann, in a remote area of Argentina and brought him to trial in Israel for crimes committed during the Holocaust.

Examines the role of African-Americans in the military through the history of the Triple Nickles, America's first black paratroopers, who fought against attacks perpetrated on the American West by the Japanese during World War II. 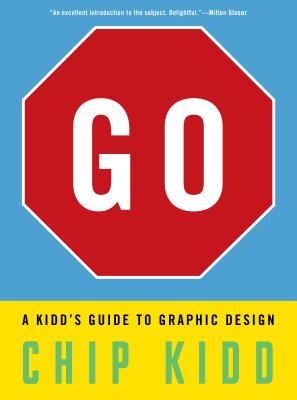 In this introduction to graphic design, an award-winning graphic designer details the ways in which a designer communicates his or her ideas to the world. The book is written and designed just for those curious kids, not to mention their savvy parents, who want to learn the secret of how to make things dynamic and interesting. Taking readers inside life in the Japanese-American internment camps created during World War II, this in-depth look at a troubling period of American history sheds light on the prejudices in today's world and provides the historical context now needed to prevent similar abuses of power. The President Has Been Shot! The Assassination of John F. Kennedy
Author: James Swanson
2014 Excellence in Nonfiction - Honor

The bestselling author of Chasing Lincoln's Killer transports readers back to one of the most shocking events in American history. Swanson deploys his signature you are there style to tell the story of the JFK assassination as it has never been told before. 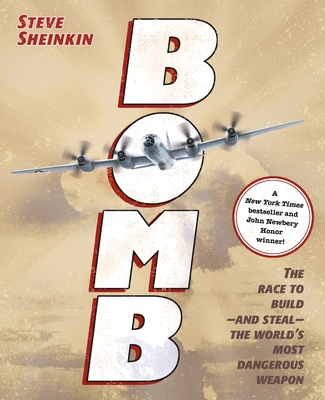 Bomb The Race to Build and Steal the World's Most Dangerous Weapon,
Author: Steve Sheinkin
2013 Excellence in Nonfiction - Winner

Recounts the scientific discoveries that enabled atom splitting, the military intelligence operations that occurred in rival countries, and the work of brilliant scientists hidden at Los Alamos.

Moonbird: A Year on the Wind with the Great Survivor B95
Author: PhillipvM. Hoose
2013 Excellence in Nonfiction - Honor

Documents the survival tale of an intrepid shorebird who has endured annual migrations between Argentina and the Canadian Arctic throughout the course of a long lifetime while his species continues to decline.

From the start, his path was never predictable. Steve Jobs was given up for adoption at birth, dropped out of college after one semester, and at the age of twenty, created Apple in his parents' garage with his friend Steve Wozniack. Then came the core and hallmark of his genius--his exacting moderation for perfection, his counterculture life approach, and his level of taste and style that pushed all boundaries. A devoted husband, father, and Buddhist, he battled cancer for over a decade, became the ultimate CEO, and made the world want every product he touched.--Publisher.

Tells the tale of the sinking of the Titanic using the narratives of the witnesses and survivorsto the disaster. Discusses the events of the 4,000 African American students who marched to jail to secure their freedom in May 1963. The Notorious Benedict Arnold
Author: Steve Sheinkin
2012 Excellence in Nonfiction - Winner
An introduction to the life of Benedict Arnold that highlights not only the traitorous actions that made him legendary, but also his heroic involvement in the American Revolution.
Find in InfoSoup 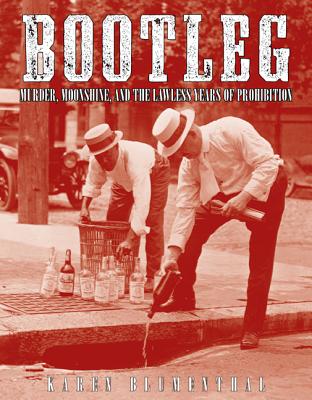 It began with the best of intentions. Worried about the effects of alcohol on American families, mothers and civic leaders started a movement to outlaw drinking in public places. Over time, their protests, petitions, and activism paid off--when a Constitional Amendment banning the sale and consumption of alcohol was ratified, it was hailed as the end of public drunkenness, alcoholism, and a host of other social ills related to booze. Instead, it began a decade of lawlessness, when children smuggled (and drank) illegal alcohol, the most upright citizens casually broke the law, and a host of notorious gangsters entered the public eye. Filled with period art and photographs, anecdotes, and portraits of unique characters from the era, this fascinating book looks at the rise and fall of the disastrous social experiment known as Prohibition.

Beginning with Lenny's childhood in Boston and ending with his triumphant conducting debut at Carnegie Hall with the New York Philharmonic when he was just twenty-five, Music Was IT draws readers into the energetic, passionate, challenging music-filled life of young Leonard Bernstein. When this award-winning husband-and-wife team discovered that they each had sugar in their family history, they were inspired to trace the globe-spanning story of the sweet substance and to seek out the voices of those who led bitter sugar lives. The trail ran like a bright band from religious ceremonies in India to Europe's Middle Ages, then on to Columbus, who brought the first cane cuttings to the Americas. Sugar was the substance that drove the bloody slave trade and caused the loss of countless lives but it also planted the seeds of revolution that led to freedom in the American colonies, Haiti, and France. With songs, oral histories, maps, and over 80 archival illustrations, here is the story of how one product allows us to see the grand currents of world history in new ways. 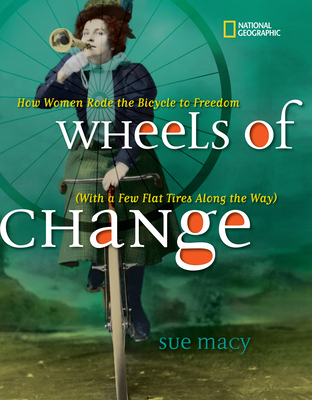 Wheels of Change:how women rode the bicycle to freedom (with a few flat tires along the way)
Author: Sue Macy
2012 Excellence in Nonfiction - Honor

Take a lively look at women's history from aboard a bicycle, which granted females the freedom of mobility and helped empower women's liberation.